Nasturtiums - torn up and used!


Ms Tagalong winces as the nasturtiums are wrenched out. The chooks had done a fairly good job of shredding this bed, but now they were all gone. Lucky that Ms Tagalong had been harvesting the green, crisp seeds last week for an experiment.

Smoked salmon - mmm. They are not the same unless you add some capers. So here Ms Tagalong is looking to make some Poor man's capers. Steeping silently in the fridge, judgement awaits for a later time.

In the meantime, why are the nasturtiums being ripped up?

The members of the garden and some interested locals want to learn how to make compost, specifically hot compost.

As it happens, it morphs, moves and becomes bigger than Ben Hur. The compost becomes three constructed bays ably made by all.

Firstly a layer of twigs for carbon, then leaves, gutter clearings, manure and pulled up vegetables gone to seed and of course the aforesaid nasturtiums.

And it doesn't finish until all the collected green waste is added to the bays.

Ms Tagalong will need some new names for some of these new willing workers.

While Mr Permie explains all about the process, (aerobic, anaerobic, carbon are words which float past Ms Tagalong's ears,) The Constant Composter makes sure that all the manure is added, tidied up and the bananas are looking happy in their new abode. All was watered and settled in.

What a productive day! 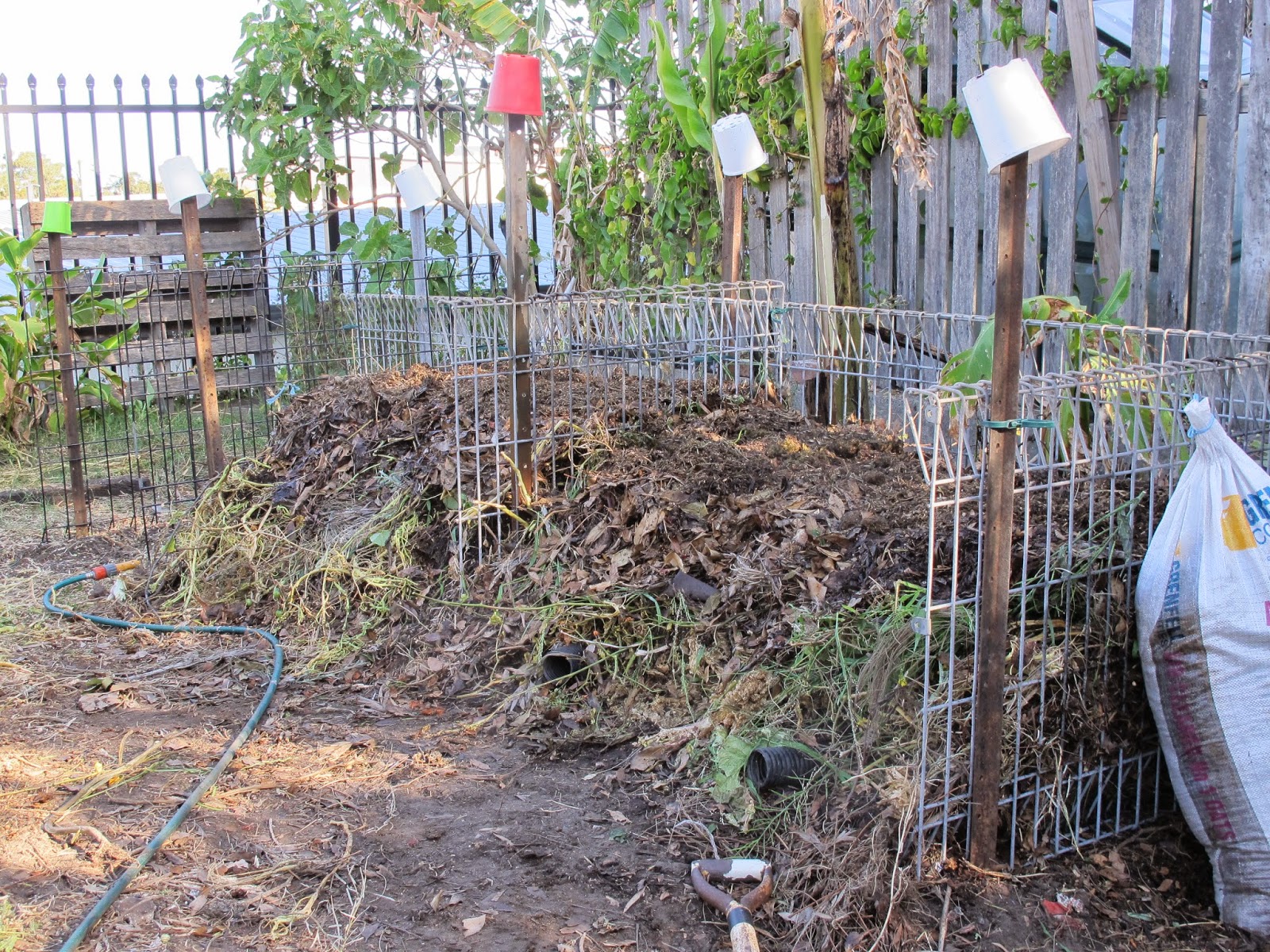 It's great to have some feedback, so please leave me some comments.
Posted by Minimbah at 10:01 PM No comments: Links to this post 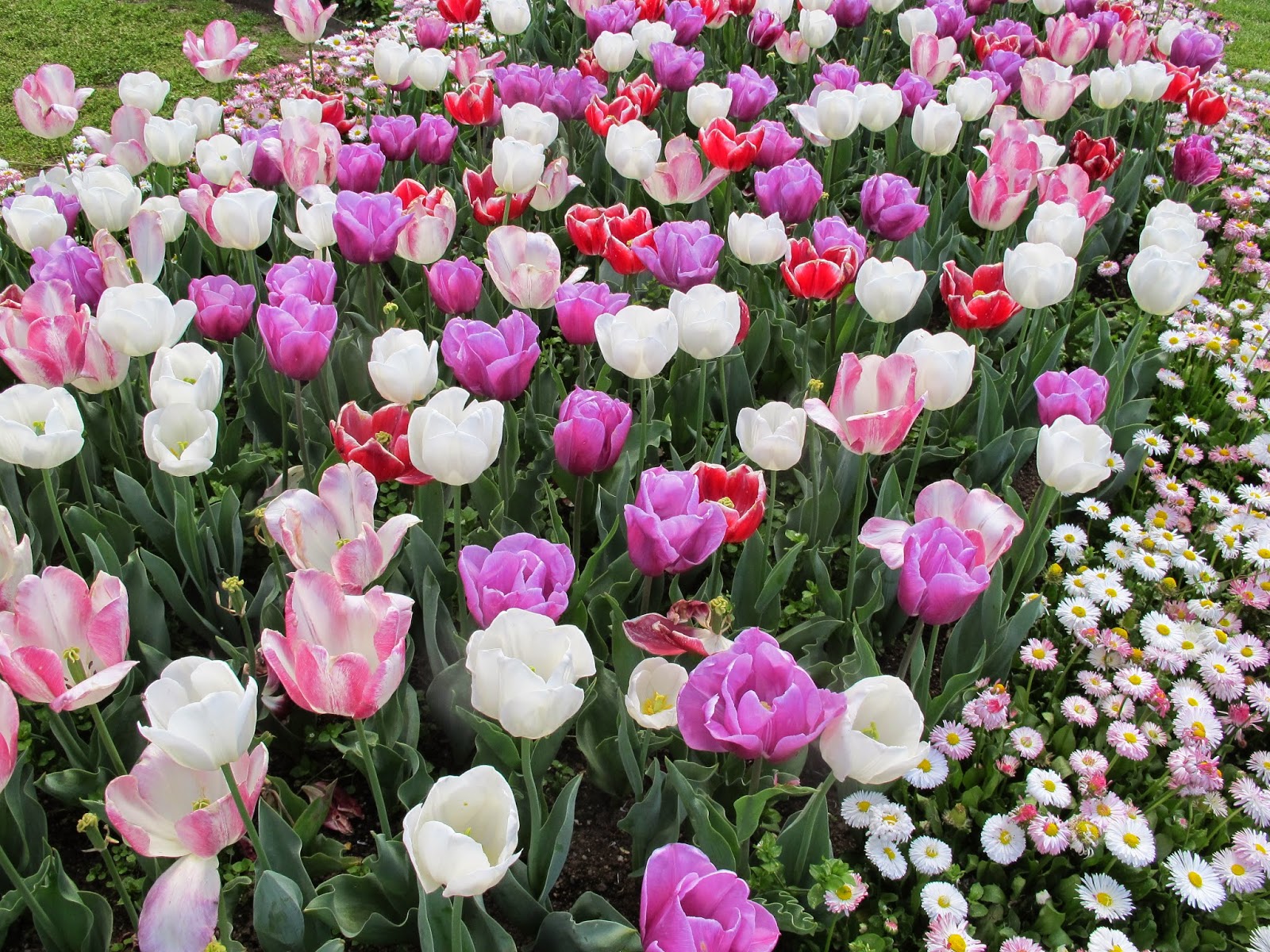 If Mr Ideasman ever suggests a trip to accompany him to Bendigo, turn and run the other way.
Ms Tagalong in her inimitable fashion decided to go along. She did not however , anticipate fourteen hours in a bus packed with forty-five pre-pubescents off to play in the national Futsal championships.

But that aside, the sun is shining, a mug of tea awaits on the verandah and Ms Tagalong is laying plans to visit gardens, community and otherwise, which abound in this city of ‘unparalleled opulence and glamour.’ 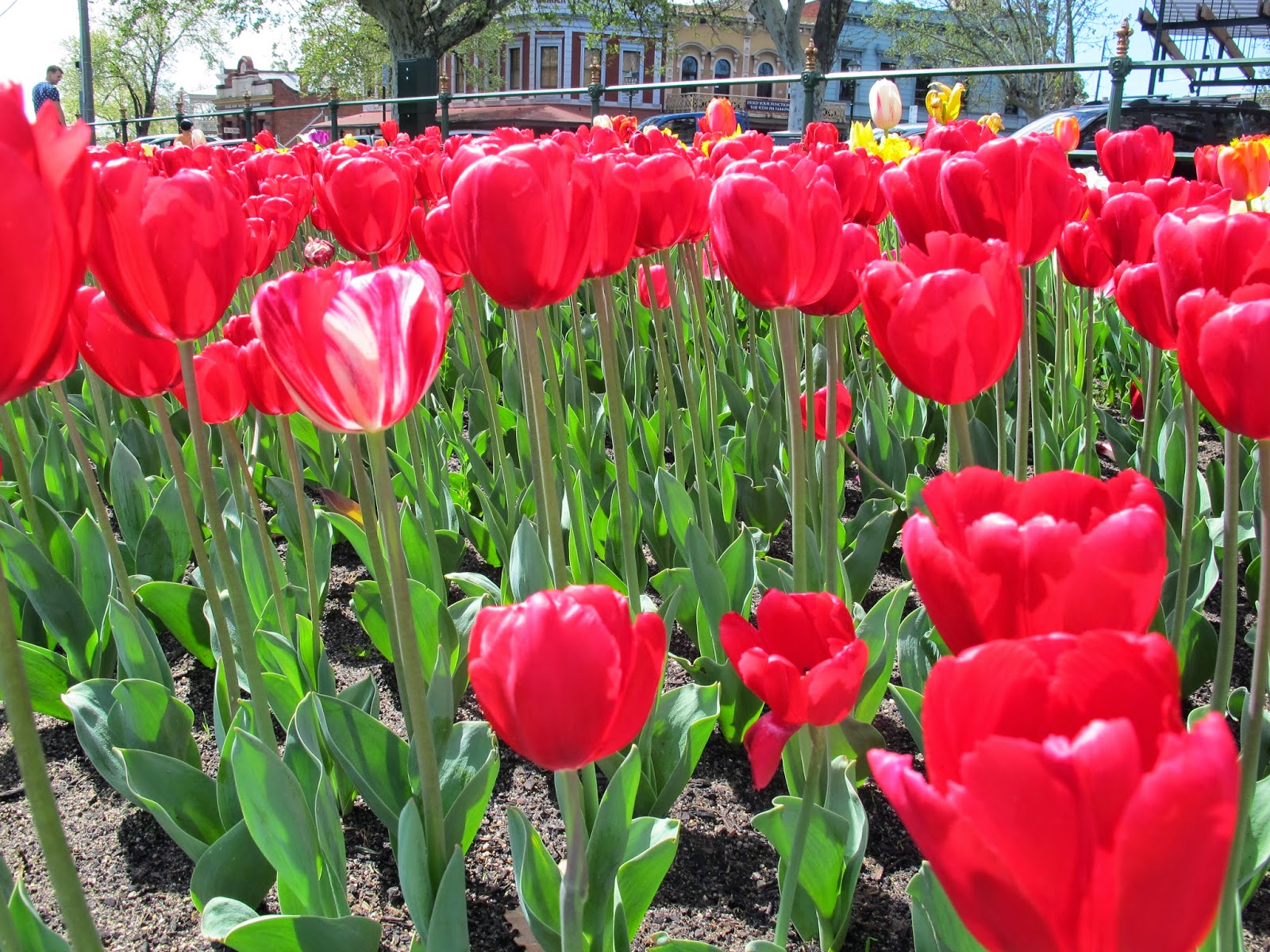 Stepping over the tram lines the first port of call is the conservatory on Pall Mall where the annual tulip display is over its best as the lady at the information centre offers.

Not quite Amsterdam. Not quite Spalding. Nevertheless the colours bounce and jostle in the spring sunshine, the object of many a visitor’s lens.

The conservatory houses a strange garden. A garden fashioned out of cardboard, retwisted and designed into organic shapes, decorated and be-tasselled. Sculpture from children’s workshops in and around Bendigo adorn the vestibule where would-be-artists scribble wildly on large pieces of paper anxious to have their efforts included. 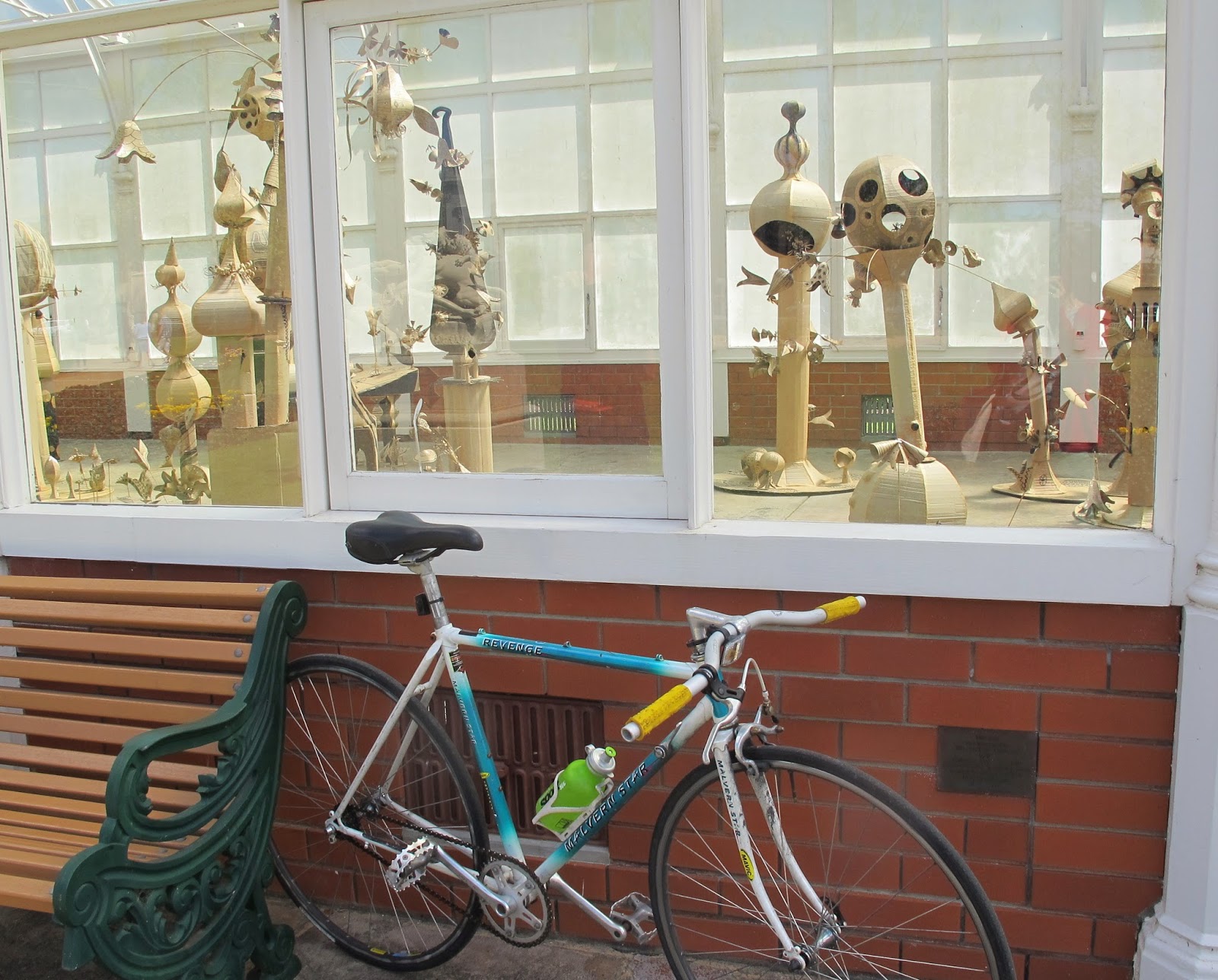 Sitting in the sunshine, the nightmare journey recedes and Ms Tagalong consults her map to find her way to the nearest community garden.

It's great to have some feedback, so please leave me some comments. 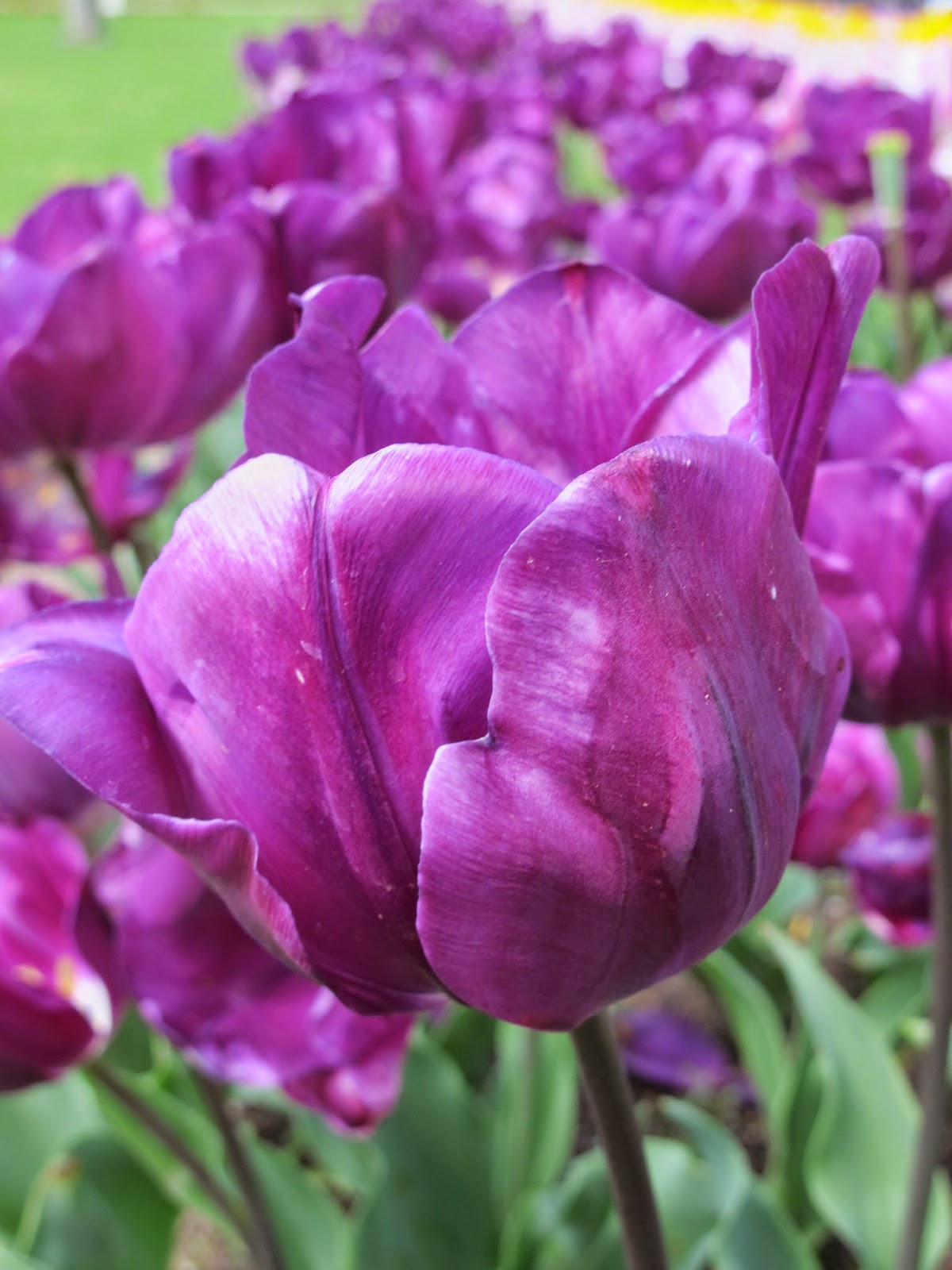 Posted by Minimbah at 2:15 AM No comments: Links to this post